Congratulations to Megan of the under 16 girls who is the winner of the Jack Petchey silver award for October 18. Coach John said “Megan has grown to be a big part of this team, which is shown through her passion on and off the pitch. In matches and training she gives everything and has over the last few months started playing not only for herself but for the team. She has started to believe in herself more and more which rubs off on the team, it’s fantastic to see such changes in players. She is always early for training and helps to put the goals up and has an opinion on most things from what training will be to our next game. There is so much more to this young lady I could mention but I’d be quite a while! I’d just like to thank her for all her hard work, as players like her make the coaches jobs a little easier.” 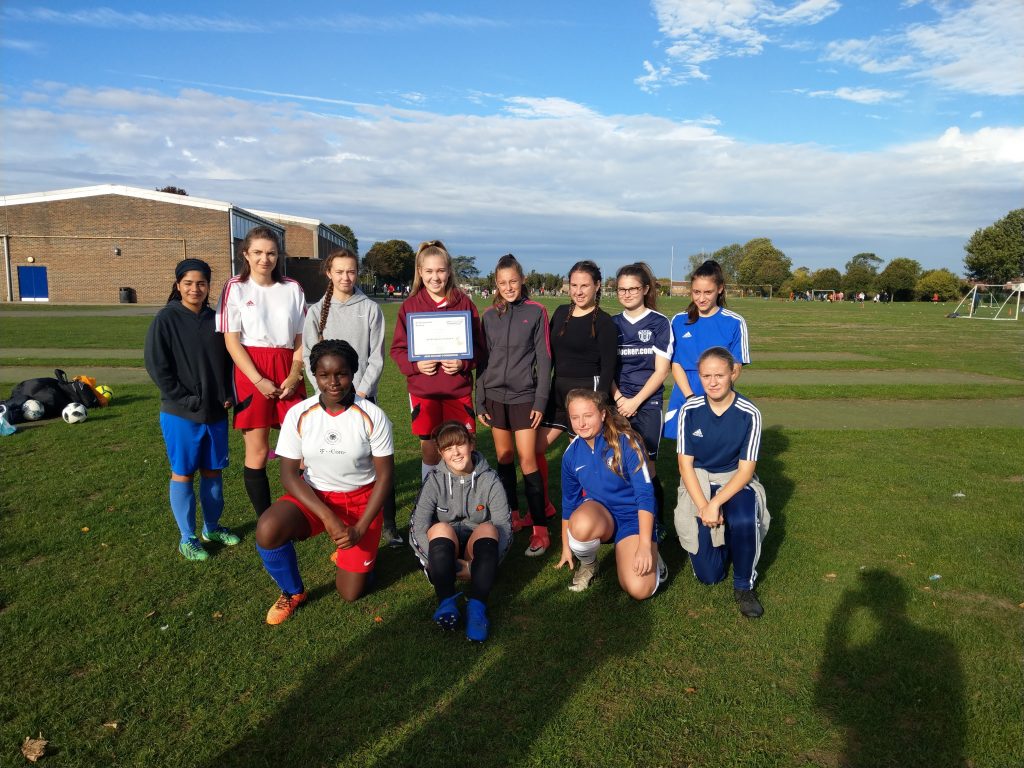