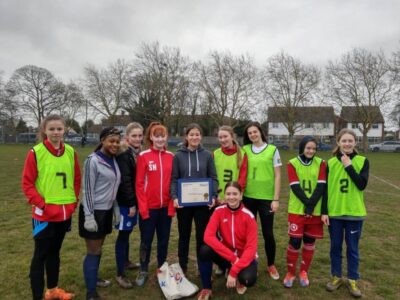 The winner Jack Petchey Achievement Award for January 2018 is Scarlett from the Girls U15 Robins.

“This player has shown a brilliant attitude to training, her performances on the pitch has also been great, but, more importantly, she has been nominated for her commitment to the team. She is a permanent fixture in the team, not just because of her performances but also her attitude to training and improving. She is a strong character and the team is stronger for it.

She signed for the team last year despite knowing that she may not be able to play often due to numbers in the team. This season she got her chance in the team and hasn’t looked back since. She has also shown incredible mental resilience, having received some bad news early in the season most people would, quite rightly, take a break from football. However she has carried on playing, putting in strong performances every week.”

Well done Scarlett from all at Junior Reds FC 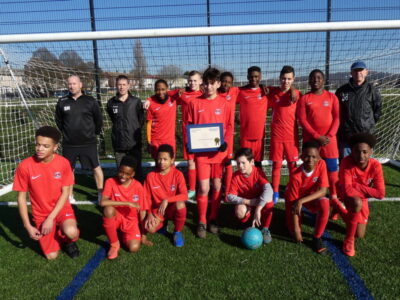 The winner Jack Petchey Achievement Award for January 2019 is Gabriel from U13 Athletic.

Lee Selves (Manager), and Myself (Coach) wish to nominate Gabriel Alcazar for the Jack Petchey award based on the following:

Well done Gabriel from all at Junior Reds FC 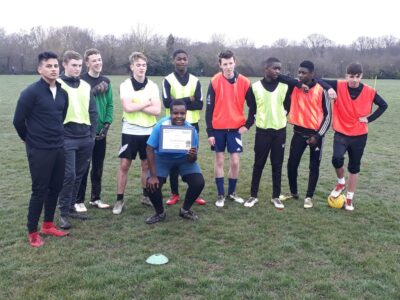 Sean has been with me for 3 years and we are his first ever team, Sean always had the ability but in the early years lacked the fitness to hold down a place in the team and only played small amounts to start with but with each season Sean has progressed incredibly and has become fitter and fitter through his own determination and is an integral part of the team and now my vice- captain.

Sean never complained when his playing time was much less and just got on with the task of improving himself but remained the most friendly likeable lad in the squad. Sean is incredibly popular with the whole squad thanks largely to his good nature and willingness to always help others around him. Sean always helps to pack up equipment at training and match days and always encourages those around him.

Sean this week along with my own son Jack have raised a concern about one their friends mental health at their school, prompting the parents to be called in and the school police officer calling me to praise both Sean and Jack. I am incredibly proud of both Sean and Jack for being so caring of their friend and dealing with this in such a mature way.

Well done Sean from all at Junior Reds 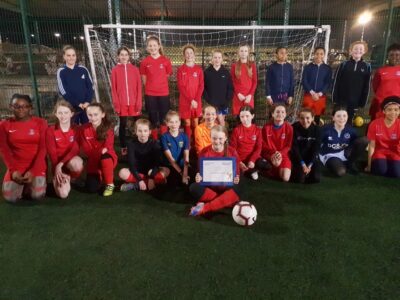 The winner Jack Petchey Achievement Award for February 2019 is Maddison from our Girls U12.

“I would like to Nominate my Centre Forward and Captain Maddison Henderson. She has not missed 1 match or any of the 2 times a week training session. She takes the new players under her wing offering support and making them feel part of the squad immediately. She is extremely supportive to me and thrives on learning and coaching the rest of the team whenever she can. She is at the match and at training before I arrive, and I arrive 1 hour before the KO and 30 minutes before training. She helps me to set up, and stays behind after to help me take down. She has not missed any of our birthdays. She is caring and concerned when players get injured and has provided a first aid kit which she has donated to the team. She is a shining light and a great role model for the squad.”

So well done Maddison from all at Junior Reds